A Group Tour to Hibbing Taconite Mine

A Group Tour to Hibbing Taconite Mine 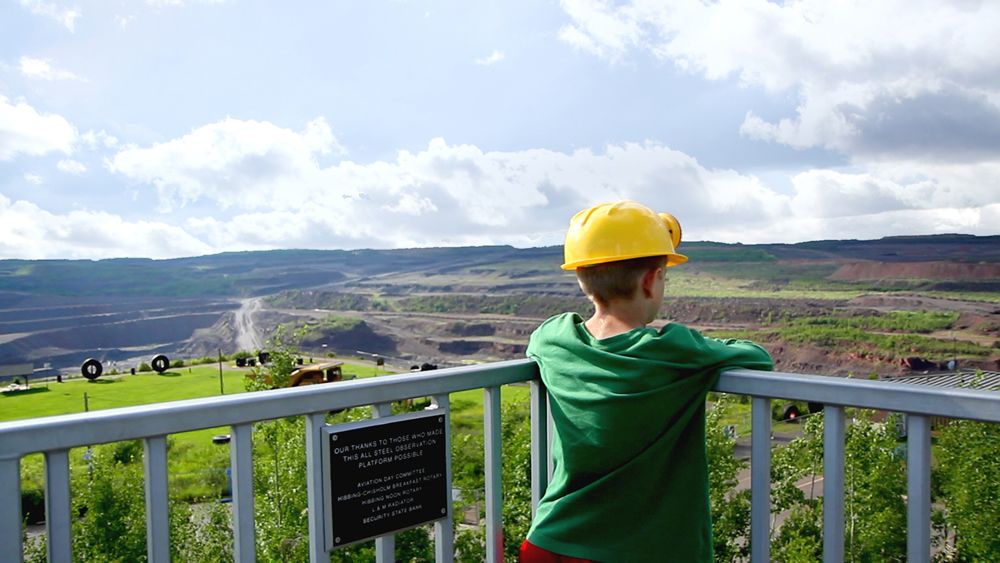 Experiencing the Iron Range’s gorgeous lakes and woods has always been a wonderful part of my trip to northern Minnesota, but I was ready for something different. So on a sunny June day I walked to an overlook and caught sight of a gigantic machine loading tons of blasted rock into a truck so big I barely have the words to describe it. I was on a group tour at Hibbing Taconite.

Tours of Hibbing Taconite, an active mining site, are available through the summer and are an inexpensive outing for a large group (tickets are $5.00 per person). I called the Minnesota Discovery Center (218-254-7959) for reservations. Although the kids love the trolley tours at the Minnesota Discovery Center, the Hibbing Taconite tour is intended for adults and teens (ages 12 and up).

We spent the morning at the Discovery Center and then got in line for the tour at 12:45. At 1:00 we were seated on a comfortable coach bus provided by Shubat Transportation. We settled in, ready to relax and learn about Minnesota mining. Our driver was friendly and within moments we drove past the Iron Man statue (not the Marvel super hero but a tribute to the miners of northern MN) and headed down the road to Hibbing Taconite. The ride was about 15 minutes and gave us a chance to admire both the rich, red hills outside and the snazzy hard hats that we wore on the tour.

We were asked not to take pictures on Hibbing Taconite property so I put my phone away and tried to take it all in. A professional tour guide led us on a journey through history as we learned about the iron ore called taconite, how it was mined, and how it’s still being pulled from the earth today. Taconite is a hard rock and must be blasted out. At one stop we saw an area that had been recently blasted with explosives and the small taconite pieces were being loaded into a huge truck. Even from our view point we could feel the immensity of the machines at work. We learned the shovels can hold 85 tons of rock and the gigantic, 3–story high dump trucks can hold 240 tons of taconite rock. Everything is big at a taconite mine.

As I stood watching the shovel scoop load after load into the truck I thought of other tours I’ve been on and how this one was different. The person in the 3-story tall dump truck wasn’t a park interpreter in costume and those aren’t folks dressed up like miners from long ago; they are people at work, doing the job of mining taconite out of the ground.

Two hours later we were back at the Minnesota Discovery Center feeling thoughtful about our experience at the mine and ready to grab an afternoon snack before heading out on our next Iron Range adventure. If you’re ready to have your own group adventure at Hibbing Taconite, visit our Group Tours page for more information.