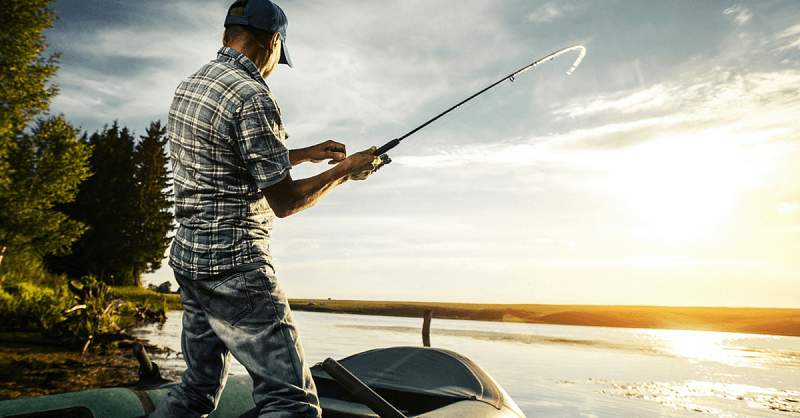 Warmer temperatures and melting ice has gotten Iron Range sportsmen excited for spring fishing in Minnesota. The challenge is to have your plan in place for the Spring Fishing Opener, in the beginning of May. (Keep in mind that small and largemouth bass season opens two weeks later in areas South and West of Hwy 53, from Duluth to I-Falls.)

It can be difficult to decide on the right Minnesota fishing lakes to begin your season with.  Although some Lakes (such as Vermilion, just north of the Iron Range) are able to host a variety of species, there are some that have the perfect habitat for one or two kinds of fish.

We have compiled a basic list of Iron Range lakes and the common species in each, but whether they are caught or not depends on your skill – or the skill of the fishing guide you employ.

In the early spring, walleye can be found in shallower areas, following the shiners and small fry as they spawn.  Later in the summer they make their way out to the deeper, cooler waters.  They are a difficult fish to catch regularly, as they are constantly on the move throughout the season. Fortunately, the reward is great: walleye fillets are universally considered delicious.

Bass are fun to catch, especially right away in the season when they are eager to snap at light-handed casting.  Largemouth bass are especially aggressive, and put up an impressive fight for their size. If you enjoy bass fishing, there are many tournaments throughout the state of Minnesota to join in on, or simply observe.

The crappie are an extremely elusive fish, always moving from one area to another.  Keep an eye out for reports from local fisherman when they are spotted in an area.

Northern pike make an exciting day of angling. An extremely aggressive fish, they are often caught by anglers who are searching for another fish. They provide tasty

Trout are an exciting challenge for fisherman, requiring a very natural, light hand at casting.  The Minnesota DNR offers some insight to get you a solid start at fishing for this awesome species.

There are a few designated trout lakes on the Iron Range, which have a specified set of rules that must be followed. Such lakes include:

Get your tackle and gear together for a great 2015 season of Fishing in Minnesota!